Resident of the Year

Every year Retirement Housing Foundation honors a resident (sometimes two, we have a lot of great people living in our communities!) from one of our communities who, through their actions and deeds, have enhanced the lives of their fellow residents. These individuals’ actions are very rarely limited to their RHF community; more often than not, they are also active members of their church and various civic groups.

We invite you to meet these honorees and see why they are making a difference in the communities they live in. 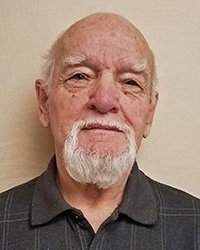 North Iowa has always been home to Marvin Hesse. When Marvin moved into Pilgrim Place, a little over 5 years ago he immediately started looking for things to do to keep occupied.

Around the community, Marvin is always there to set up tables for events, decorating for holidays or just doing anything he sees that needs to be done. So much that he doesn’t even get acknowledged because he does things behind the scenes without anyone knowing until someone asks “who did such and such” and someone will tell you they saw Marvin doing it.

If the Service Coordinator, Maintenance staff or Manager needs help with something, Marvin is there. For residents, Marvin helps them move furniture, fix things, give rides, and is a good friend to them. Marvin visits former residents once they have left to ensure that they are doing well.

He has totally re-landscaped the grounds around Pilgrim Place. Along with that, he brought in his swing, a fountain, and outside decorations to the community for everyone to enjoy. He has moved rock and mulch like he was actually enjoying it, maybe he actually was. It is not unusual to see Marvin cleaning off all the tenant’s cars after snow or ice storms, blowing leaves, planting flowers or watering plants, trimming bushes, tending to the vegetable gardens, or painting.

RHF is pleased to present Marvin Hesse with the 2020 Resident of the Year Award.